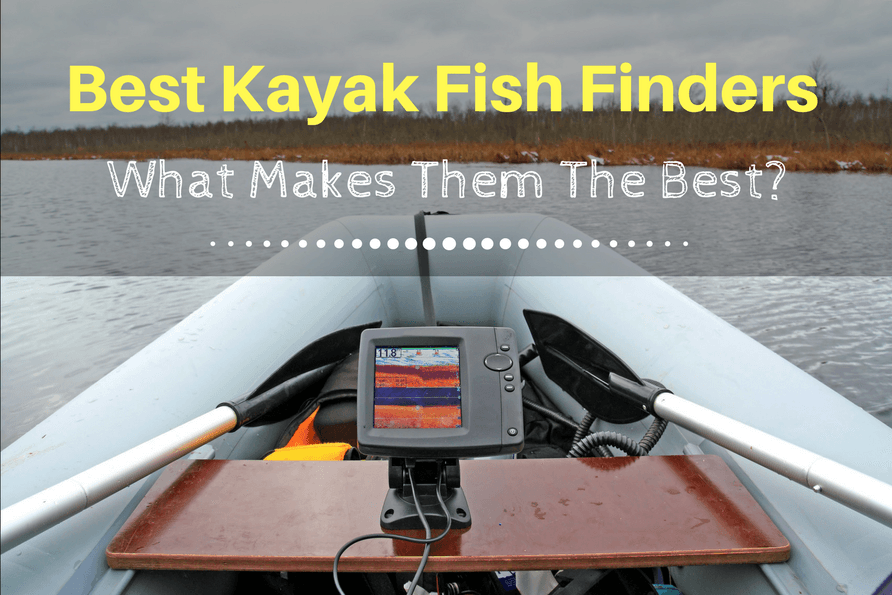 Best Kayak Fish Finder: What Makes Them The Best?

All of us are aware of how vast oceans, lakes, streams, and rivers could be. While some of us might think that fishing is all just a matter of throwing fishing lines with bait in the sea, the reality is that there’s more to that. To help know where the fish really are amidst these vast bodies of water when fishing on kayak, choosing the best kayak fish finder are needed.

How To Fish Finders Work? Before we find out the things you are to look out for when you wish to purchase your fish finder, it’s important to know how these work. In a nutshell, these fish finders work by emitting Sonar (Sound Navigation and Ranging) signals into the water. These would help give the ones using the fish finder information regarding the things that could be found at the bottom of the ocean, given that various objects, once given signals, “return” then to the device at a certain intensity. These are then displayed onto a screen, which would need some tutorial sessions in order to properly read, as the signal returned is usually characterized by colors. Those with colors unusual from the rest of the ocean floor or area are the places in which fish may be found, and therefore, the place where you ought to place your bait.

Best Kayak Fish Finder: What to Look Out For

There are several things you have to keep in mind whenever you go fishing. One of the realities is that fish simply don’t come and get attracted to your bait the moment you toss them in the water. While fish may tend to wander freely, some places simply have more fish than other places, where fish usually come in schools. There are “sweet spots” where they are abundant, and fish finders help you find where these spots are. If you wish to invest in a fish finder, then here are some of the things that you have to look out for, in terms of its features:

Different Kayak Fish Finders have different intensities and strengths in terms of power. The more powerful the fish finder, the deeper waters it could explore. As with all other electronic components, the power of Kayak Fish Finders is measured in Watts. With an increase in power ratings also comes the increase in the depth that you could possibly explore.

Apart from power, one also has to keep in mind that frequency is of utmost importance as well. Their relationship goes hand-in-hand, and lower frequencies for each higher rating would allow you to send and have SoNar Signals returned from deeper parts of the ocean. Resolution pertains to the clarity of the overall picture that’s given by the fish finder. Different kinds of fish finders carry out different resolutions. These resolutions are measured in pixels, which is the number of dots that would form the images on the screen per row and per column.

For fish finders, it’s good enough to secure one with a rating of 240 x 160 pixels, but if you would want crisper, clearer images, then the ratings could go as high up as 640 x 640. It is also expected that higher resolution ratings would come at a higher price. Make it a point to optimize the pixel rating with the allocated budget.

Having a colored display is a standard when it comes to electronic equipment with displays. While there may be black and white ones, the reality is that it’s a thing of the past. Also, one would find difficulty in effectively finding fish and other elements you may find underwater. The cone angle is one of the most crucial features to consider in finding a transducer. This is defined as the scope or the extensiveness which the signals are dispersed into the open waters. The emissions for the transducers are characterized by beams, which could vary in number. Besides, you can find some kayaks have a part to hang transducer on.

While the most basic transducers emit a single beam, more advanced varieties are capable of emitting 2, 3, or sometimes even 4 beams. The same holds true for the cone angle, where each fish finders come in different degrees, with the most common being 20 degrees. The measurement of the cone angles, however, may measure as narrow as 9 degrees with some being as wide as greater than 60 degrees. If you wish to save time on signal processing, then this fish finder works best because it’s equipped with Advanced Signal Processing Features. This is apart from allowing you to accurately detect and see things beneath the surface, thanks to its high-resolution screen, and more.

One of the standout features of this type of fish finder is the fact that it’s equipped with a screen much wider than that of other competing brands. With its 3.5 inch screen, you can have a better, clearer view of what’s underneath, as the added few inches enables more things to be seen on screen.

Some people would simply want to take the data they obtained from their fish beyond their fish finder. With Deeper Smart Sonar PRO+’s Wi-Fi Connectivity support, as well as App Synchronization, you could pretty much transfer the data you want from your fish finder to the mobile device of your choice.

Dual-frequency fish finders enable you to explore various depths, and thus allows you to use it on various bodies of water, regardless of depth. If you do not want to end up buying a different fish finder for different bodies, then this is the perfect choice for you.

In order for you to use the fish finder effectively, you need to make use of several parts and accessories. While some brands would require you to buy these parts elsewhere, chances are, the Garmin Echo 551dv has everything you need in a single purchase.

Fish Trackers are indeed, a great accessory that has helped people who are into fishing for whatever purpose to become more efficient fishers, as these devices help them know where they ought to drop their baits with a guarantee of catching more fish. While the devices that have been reviewed above all have their fair share of negative and positive reviews, the ultimate winner, by a slim margin, which is best fit for use in fishing is the Deeper Smart Sonar PRO+, 2.55", Black.

Very good information and nicely written. Also, thank you for commenting on my articles about Virtual Fishing in Second Life. If only those in-world games had such complexity and add-on devices, and required skill, some of us in SL would actually enjoy fishing even more. *chuckle*

Very interesting points you have mentioned , thankyou for posting . “In a great romance, each person plays a part the other really likes.” by Elizabeth Ashley.

What I find so interesting is you could never find this anywhere else.

First of all, Thanks for such a great article about the best Kayak Fishfinders. I got Garmin Echo 551dv as a birthday Gift from Wife. After using it, I am in love with this Fishfinder. It is one of the best Fishfinders and works great even in Adverse Conditions.