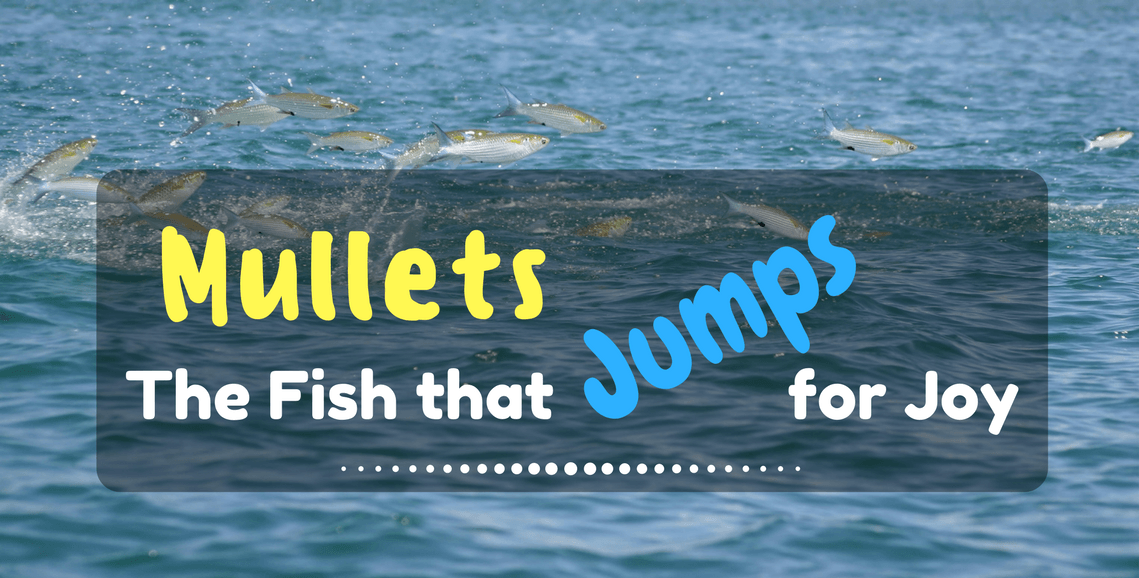 Mullets: The Fish That Jumps For Joy

If you’re an individual who’s into fishing, one of the most important things you have to understand would definitely have to be the behavior of fishes. These behaviors include how fast they swim, at which depths they prefer staying, the kind of bait they are attracted to, among others. Also, they need to be wary of some unusual behaviors of certain species. Of all the most commonly captured species of fish, one which stands out regarding unusual behavior is mullets. In this article, we shall know a little bit more about this particular species, and ultimately answer the question: "Why do mullet jump?"

Mullets: The Fish that Jumps for Joy
Mullets: The Jumping Fish
What are Mullets?
Characteristics of Mullets
Types of Jumps
Why do They Jump?
1. Emotions
2. To Rid Their Body of Parasites
3. Lack of Oxygen
4. To Escape Predators
5. Break Their Eggs Open
The Jumping Mechanism: How do they Jump?
Significance in the Fishing Industry
Conclusion Mullets are a special species of fish that normally thrive in tropical, or coastal waters, and are some of the most abundant and commonly found fish throughout the world. Mullet is a collective term for fish that belong to the family Mugilidae, with a total of around 73 species. They are a common and extremely important source of food in the Mediterranean countries, as well as in other places where they thrive. These fishes are easily distinguished through being medium-sized, as well as the presence of a separate pair of dorsal fins rather than fused. Their scales are usually silver in color, and they have noticeably thick lips and mouths which are triangular in shape. Apart from this, they also have stomachs which are unusually muscular in nature, as well as a slightly different pharyngeal structure, being comprised of more muscles than that of other varieties.

These Mullets feed on detritus and algae and are an important variety.

Regarding other characteristics apart from physical, these fish tend to swim around in various depths, but for most of the time, tend to settle in the deeper parts. Apart from that, they are also known for occasionally swimming to the surface and jumping out of the water. Having said that, this unique behavior among this species of fish has been subject to various arguments and theories with hopes of actually being able to explain why this happens. In studies and general observations, there have been two different kinds of jumps that were observed among these fish. The first kind is a straight slice across the body of water, and the second one is when it lands on its side. Regardless of kind, these mullets usually reach a height of 3 feet above the surface whenever they do so.

Why Do They Jump? One of the theories when it comes to why these mullets jump is simply because they are happy and feel like it. Unbeknownst to a lot of people, these fish are also capable of feeling an array of emotions, and different species also carry different "personalities", with mullets being distinct by showing emotions through getting out of the water and "jumping for joy."

2. To Rid Their Body Of Parasites

The sea can be home to various flora and fauna, each of which need each other to exist. Like various land animals, there are parasites that live in the sea as well, and these tend to cling on fish and feed on its blood to survive. As with land parasites, these could be irritating and itchy for the mullet and therefore thrust themselves in the air with the landing strong enough to shake off the microscopic parasites. While the latter are not scientifically founded, this theory came from actual research, which has found that these fish tend to jump more in areas where the levels of dissolved oxygen are significantly less, given that fish of this particular genus rely on dissolved oxygen just so that they can survive. The open air abounds or has higher levels of dissolved oxygen than in the water, and this is why it could be said, and these jumps could, therefore, be equated into brief gasps for air.

While mullets tend to feed on algae and detritus, they also tend to regularly try and escape from their predators, which often are the larger fish. This is a mechanism which is unique among mullets, as before they jump out of the water, they get to swim fast, and jumping out into the water could ultimately provide an effective means for their predators to lose track of them, or simply get lost in their sight.

This is another theory, given that the force of landing on the water from a relatively high jump would often result in the egg cracking, allowing them to be bred and fertilized more easily that it would had it been left uncracked.

The Jumping Mechanism: How Do They Jump?

The mechanism, or the way in which this fish jump is rather simple, as all they have to do is to swim as fast as they could until they reach the surface. They then either land on their side or upright. The reason for the variations as to how they land, however, remains an area of fascination among biologists and marine enthusiast alike to this day.

Significance in the Fishing Industry

Given that mullets are a delicious type of fish, they are, therefore, some of the most commonly captured fish. Their leaping characteristics are important simply because this would help fishermen to easily detect their presence in the bodies of water.

Different fishes, as they say, have different characteristics. While several fishes share a lot of common characteristics, when it comes to unique ones, the Mullet simply stands out given that not all fish are capable of thrusting themselves as high as three feet from the surface of the body of water. The exact reasonwhy they do so remain a mystery to this day, given that the behavior of fishes is the one which is rather difficult to investigate owing to the difficult conditions for the testing and studying of marine animals.

If this article is useful, please share to your friend or comment your idea to let me know ^^